Making custom cabinets the right way for over 50 years.

Located in Shorewood, Il, Brakur Custom Cabinetry, Inc. has been providing high-quality, locally manufactured cabinetry since 1965. Brakur is the largest manufacturer of custom cabinetry in Northern Illinois with a 100,000 plus square foot, state-of-the-art manufacturing facility and more than 80 employees.

In January of 1965, Brakur was started by a dedicated and skilled woodworker and craftsman. Originally called, B & K Cabinets, Brakur began in a small garage on the East side of Joliet. Equipped with only a table saw, a hand-held router, and some small equipment, founder Ken Kurtz started manufacturing kitchen cabinets with these tools and a knack and desire to create the most beautiful and highest quality kitchen and bath cabinetry.

Shortly thereafter, Brakur began experiencing great success.  Brakur needed to relocate, and after careful consideration, built a new factory at its present location in Shorewood, IL. Brakur originally broke ground with a 27,000-square foot building that would be better able to serve the people of the Joliet and Chicagoland area in both wholesale and retail areas.

While operating through the recession was difficult, the mid 1980’s brought great success. Brakur continued to maintain the same quality and dedication to fine craftsmanship upon which it was founded. As the years passed, Brakur has had to expand its building to the over 100,000 square feet of production it has today.

The 1990’s brought both growth and challenges. On September 11, 1993, a fire swept through half of the 100,000-square foot facility. Much of the building was destroyed and the losses totaled $2.5 million. At the time, Brakur had its largest ever backlog of orders. However, instead of panicking, Ken Kurtz went to work. Ten long days later, Brakur employees again were building the same high-quality, custom cabinets found in the best-dressed kitchens of Chicago’s west and southwest suburbs. By March 1994, the plant was completely re-built and Brakur’s 30th anniversary was a celebration of hard work and dedication.

The fire acted as a catalyst for change. In order to keep up with demand, Brakur invested back into the company in technology. We added updated equipment, as well as a CAD based system to aid in the efficient manufacturing in the factory.

Today, our philosophy remains the same. Now owned and operated by Chad Kurtz, Ken’s son, our goals and principles remain unchanged. Traditional or chic, classic or modern, subtle or colorful, Brakur is still producing the finest quality of cabinetry that can be found. Today, Brakur employs nearly 100 people from the Joliet and surrounding local communities. We only employ the finest local craftsman and artisans, and the most talented designers to help you realize your dream.

Hover a logo to see the different awards

Brakur was asked to come through in really short period of time, and just performed exceptionally.

View testimonial from Brendan and Susanne

The quality goes without saying. It's unmatched from other companies we've talked to or other examples we've seen.

Listen to Christine and Jason share their Brakur experience

I used Brakur to build a custom mantle for our fireplace and they were fantastic. As soon as I walked in their showroom they helped me right away. I knew they were a custom cabinet company and was concerned they wouldn’t want to do a small job like a mantle. However they treated me like I spent a million dollars. They designed the mantle, built it, painted it and installed it. My fireplace is all uneven flagstone and the installer had to basically hand carve the mantle to fit flush against the stone. I was really impressed with his work. I think his name was Mike. I have received so many compliments on the mantle and always highly recommend Brakur. Our designer helped with the design on the mantle and was great. We will be a long-time customer of Brakur. John from Shorewood

The salesman took the time to explain all of the options available to us and showed us all the styles of cabinets. He answered all of our questions no matter how stupid or small they were and offered new ideas. Never once was he pushy or impatient with us. The selection of cabinets, options, hardware, and quality were far better than any other we encountered. Our salesman called a few days later with a quote and it was very competitive. He then came out for a measure. The cabinets were delivered a short time later, even my installer remarked about the exceptional quality of the cabinetry. We are very pleased with the quality and look of our cabinetry. We are also pleased with the plant staff that makes the cabinetry. We are most impressed with the professionalism and patience of the sales staff. We will not hesitate to recommend Brakur to our family and friends. Thank you for providing us with such fine quality cabinetry that we will enjoy for years to come Dennis from Homer Glenn

Brakur builds a great cabinet! Their cabinets are custom so you can achieve the exact look you want without having to piece together substandard stock cabinets will filler pieces from the other guys. I worked with Brakur to design our kitchen remodel. They were extremely attentive and always willing to answer all my questions. Brakur had a lot of great ideas and got us what we wanted without breaking the bank. Brakur quickly resolved any issues that arose. I installed the cabinets myself although they do offer professional installation services. They even have someone that comes after the cabinets are installed to adjust all of the doors and make sure everything works properly. I would work with Brakur again in a heartbeat. Jeff from St. Charles

Let us help you make your dream into reality. 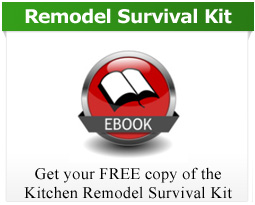